on November 30, 2014
Bo Pelini has been fired after 7 seasons at Nebraska. And, say it with me...that's OK. Bo Pelini was not the next Tom Osborne. Just because Osborne didn't win a championship right away- and Nebraska stuck with him- doesn't mean they should keep Pelini around in the hope that he will start winning championships too, if only given enough time. By that logic, every coach should be given 25 years just to make sure he isn't the next Osborne. Pelini was given enough time to prove he wasn't close to winning anything (unless you count being about 50 points shy of winning a Big 10 Championship). Other than piling up more wins (mostly against mediocre teams), a true in-depth comparison of Pelini's first 7 years to Osborne's clearly shows the two coaches are not in the same stratosphere. I realize the ghost of Bill Callahan and his 4 turd-filled years still haunt the Nebraska program, but that can't paralyze fans from making an honest assessment about the current team and realizing it wasn't working out with Bo Pelini.

"Not working out!!??" you say. "But Pelini had more wins in his first 7 years than the great Tom Osborne!!" Yes, and we'll dissect those wins. But first let's take a look at the other side of that coin...the losses. Pelini teams lost by 20 or more points 10 times in his 7 years at Nebraska. 10!! How many such losses did Tom Osborne have?? That would be 9, total...in 25 years.

Now, about those wins. "Pelini coached in the Big XII and Big 10, facing a much harder schedule than Osborne did in the Big 8," you might say. Allow me to pull a Lee Corso with a "Not so fast, my friend!" Osborne faced national powerhouse Oklahoma every single year in the Big 8, along with consistently strong teams Colorado, Oklahoma State, and Missouri. Then there's my favorite part about comparing the toughness of Osborne's schedules to those Pelini had to face...the non-conference opponents. Osborne started his career in a time before the invention of the "cupcake" non-conference schedule. Here's a comparison of the non-conference opponents faced by each coach in his first 3 seasons:

And for the ultimate measure of a season's performance...let's take a look at the final AP ranking for Osborne and Pelini in their first 7 seasons:

Are you kidding me?? Osborne finished in the Top 10 in 6 of his first 7 seasons, with 12th being his WORST end of year ranking. That is absolutely ridiculous and quite frankly a level only the Saban's and Meyer's of the world could hope to replicate. Pelini clearly has not. He managed to crack the Top 20 twice, with 14th his BEST end of year ranking, and ended two years out of the Top 25 completely. How is that possible when Pelini was winning 9 games every year?? Because the pollsters are smart enough to know that 9 wins doesn't mean much when the teams you're beating aren't very good.

There you have it. You must stop, stop, stop with the idea that Pelini demonstrated in any way that he was the next Tom Osborne. Which is fine...there will probably never be another Tom Osborne (or if there is, he is coaching at Alabama or Ohio State). What's not fine is that Pelini's overall performance showed he wasn't even capable of consistently competing with the top teams in the Big 10. That's the problem, and that's why he is no longer Nebraska's coach.

Beyond Pelini's "fiery" attitude that frequently crossed the line from motivating to embarrassing, the bottom line is that Pelini was a below average head coach whose performance after 7 years warranted his dismissal. All he brought was fire and brimstone...and a 9-16 mark against ranked teams. Still, the majority of fans seem to believe Nebraska made the wrong decision and will rue the day they let Pelini go. I, for one, will not be ruing anything. Whatever ups and downs might come next, Pelini had his chance. It's time to move on. 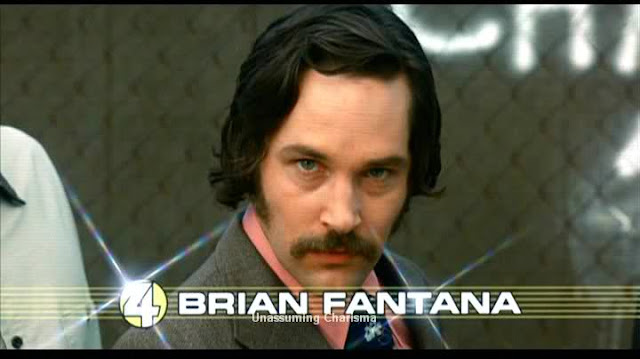